Grainge Architects have recently completed a new school on the Isles of Scilly. Grainge Architects worked with Kier Western contractors and a multi-disciplinary design team to design and build the single largest building in the Scilly's history. The school encompasses a "through school" approach, from reception age through to school leavers at age 16. This accommodates the disparate and varying population well and all the spaces have been designed carefully to be flexible. The budget has been pushed to get the most for the school and community, and the design includes for possible future works when monies allow. Careful consultation was undertaken with various regulatory bodies and agencies to ensure that the design meets the requirements of archaeology, sites of special scientific interest (SSSI), international breeding grounds for wildfowl and seabirds, and the Duchy of Cornwall as well as others. The Royal interest in the project has been exciting for Grainge Architects and it has influenced the design positively. Prince Charles's architectural advisor and team have commented on the design as it has progressed and have helped shape the final result. The school has been one of the more significant jobs in the practice over the last year and it was the icing on the cake when we were told that the Queen would be formally opening it.

James and Tony, two of the directors were part of the receiving line along with the school governors, council and contractor. Tony explained the main ideas of the design to Her Royal Highness and she was given a brief tour before unveiling the ceremonial stone. 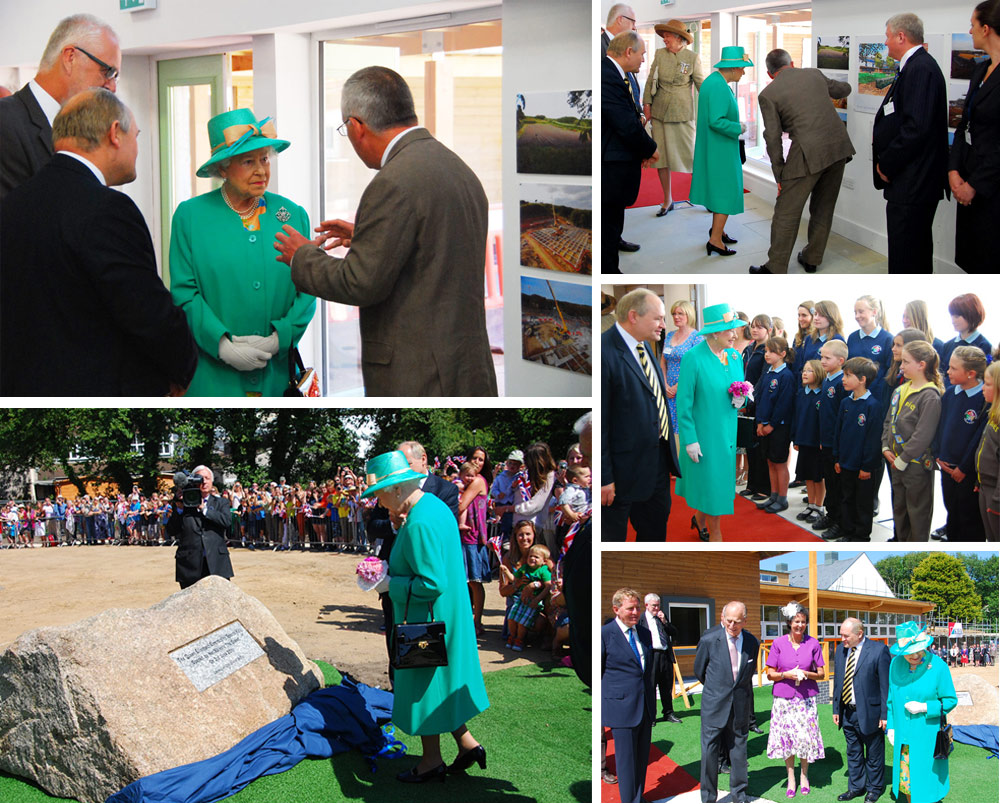