This week saw Holsworthy Livestock Market move to it's new £6m purpose built facility on the outskirts of Holsworthy. 4000 animals passed through the Agri-business centre on it's first day of operation.

Grainge Architects developed the design for Torridge Distrct Council in close collaboration with both Kivells the auctioneers and a multidisciplinary design team. Once the detailed design was completed the building contract was awarded to Morgan Sindall. Grainge Architects were retained by Torridge Distrcit Council to oversee the construction phase of the project as the Client's Executive Architects. The Scheme was delivered as a design and Build Contract with Trewin Design Partnership acting as the Contractors Architect.

The concept for the new building is based around a public square fronted by auctioneers office, cafe facilities and small business units for farming associated services. The main cattle and livestock building containing the animal pens balance individual livestock care requirements with sales / auction spaces & robust construction details ensuring the building stands up to it's demanding use.

The requirements of Defra regarding animal welfare called for considerable care in the design, with hygiene requirements being especially stringent. Galvanised steelwork, wash-down provision and careful integration of the buildings structure within the animal pennage areas was critical. The auctioneer's particular processes for both animal and vehicular movements around the building were critically analysised to optimise circulation. Drainage for both animal effluent and surface water attenuation were significant issues to be overcome on this project.

As part of the livestock market relocation, Grainge Architects have also designed a housing scheme for the old cattle market site, both schemes needing to be successfully brought to conclusion to enable either to go forward. The new housing scheme is due to start on site later this year. 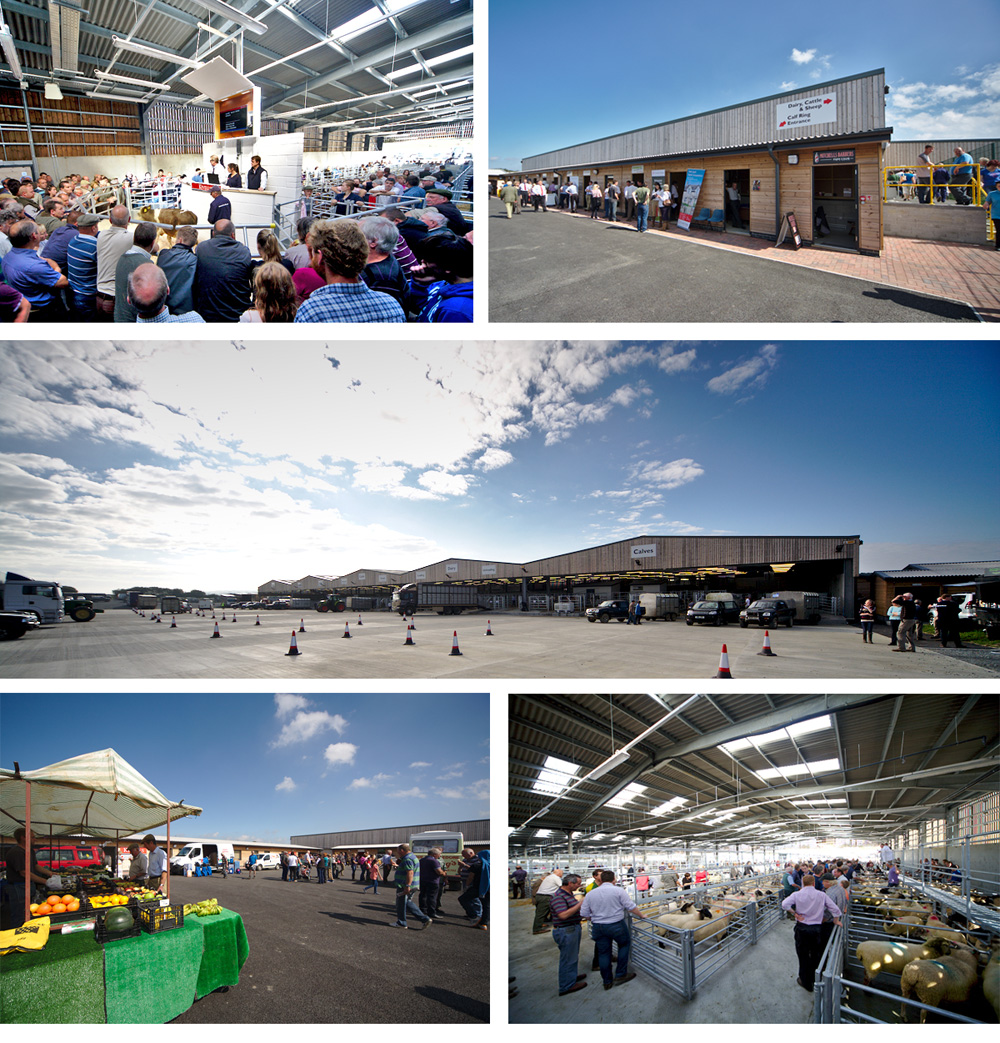