60 Haven Road is a Grade II listed building that sits alongside Exeter Quay and the canal. The two-storey warehouse had been redundant and empty for a number of years, before a culinary couple had a vision to transform the ground floor into a cookery school.

Jim Fisher, former Masterchef semi-finalist, and his wife, Lucy, set out to create a place where they could share with students their knowledge of French and English cuisine alike.

With the large open plan internal space that the building offered and an outside decking area overlooking the water, the potential for an exciting and vibrant scheme was readily apparent. A change of use had been granted at the beginning of 2016, to convert the ground floor into accommodation for the school, with associated facilities for staff and customers. The first floor is expected (subject to leases being agreed) to be used as an open plan office with its own facilities (ie WCs etc).

As responsible architects, we aimed to maintain the existing interesting features of the Grade II listed building while adapting the interiors to suit the needs of a cookery school and possible future tenants. The proposal had minimal effect directly on any of the noted historic features, however care had been taken to respect the listed status more broadly as well as generally to be sympathetic to the inherent nature of the building, and the internal features (notably the columns and first floor structures).

On the Ground floor, it was decided that the relatively recent interior partitions were to be removed to provide an open plan space for the cookery school while providing a new layout for services such as WCs, shower room, pantries, utilities and offices.

While designing the elevations, we took into account the existing window patterns and replaced unsuitable glazing with Crital windows to match existing thereby ensuring a coordinated over-view.

Once planning and building regulations were approved, work was quickly started under the watchful eye of the Fishers. Before long, the vision was taking place and the true character of the warehouse was revealed.

The finished development is successful, with the large open plan room feeling inviting, with the contrast of sharp clean walls and rustic sand blasted existing brick. The exposed ventilation pipes and service runs have kept the feel of the warehouse features while the sofa area and informal seating brings a homely feel. 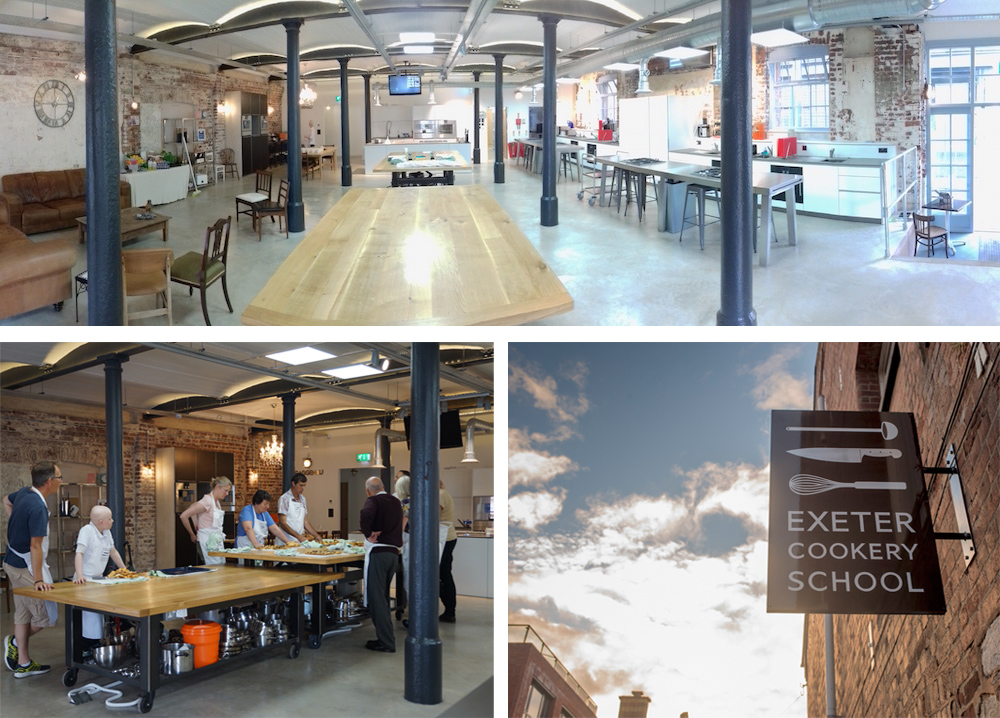