A recent public presentation at the Royal Hotel, opposite East-the-Water wharves by developer Simon Maunder of Oceanside Developments, and Grainge Architects proved a great success. The event was a great opportunity for the local residents and interested parties to fully appreciate the potential for the redevelopment and improvement of this prominent site. The day proved a huge success with the proposals receiving widespread support and much useful and positive feedback.

These plans for a multi-million pound development and marina across three wharves in Bideford, offer the opportunity to transform the town and area. The wharves - Brunswick, Queens and Clarence - have been derelict for decades and the regeneration will transform the unused site into homes, restaurants, shops and public space.

The challenge of getting the balance of commercial and residential development right is seen as fundamental. Massing of the building elements, choice of materials and positioning on this prominent and sensitive site has been crafted to fit within the general waterside panorama whilst being faithful to the original listed buildings and historic fabric of East-the-Water. Working closely with the Planners at Torridge District Council, English Heritage & the community has been critical to getting to the correct end result.

Maintaining and improving the public access to waterside walks is another key focal point of the scheme which will help to improve its links with the town and adjacent areas.

The development is seen as a chance to realise the local council's long term goals of regeneration of the derelict riverside frontage and will be a catalyst for further developments in Bideford.

Images and more information on the proposals can be found at www.bidefordmarina.co.uk 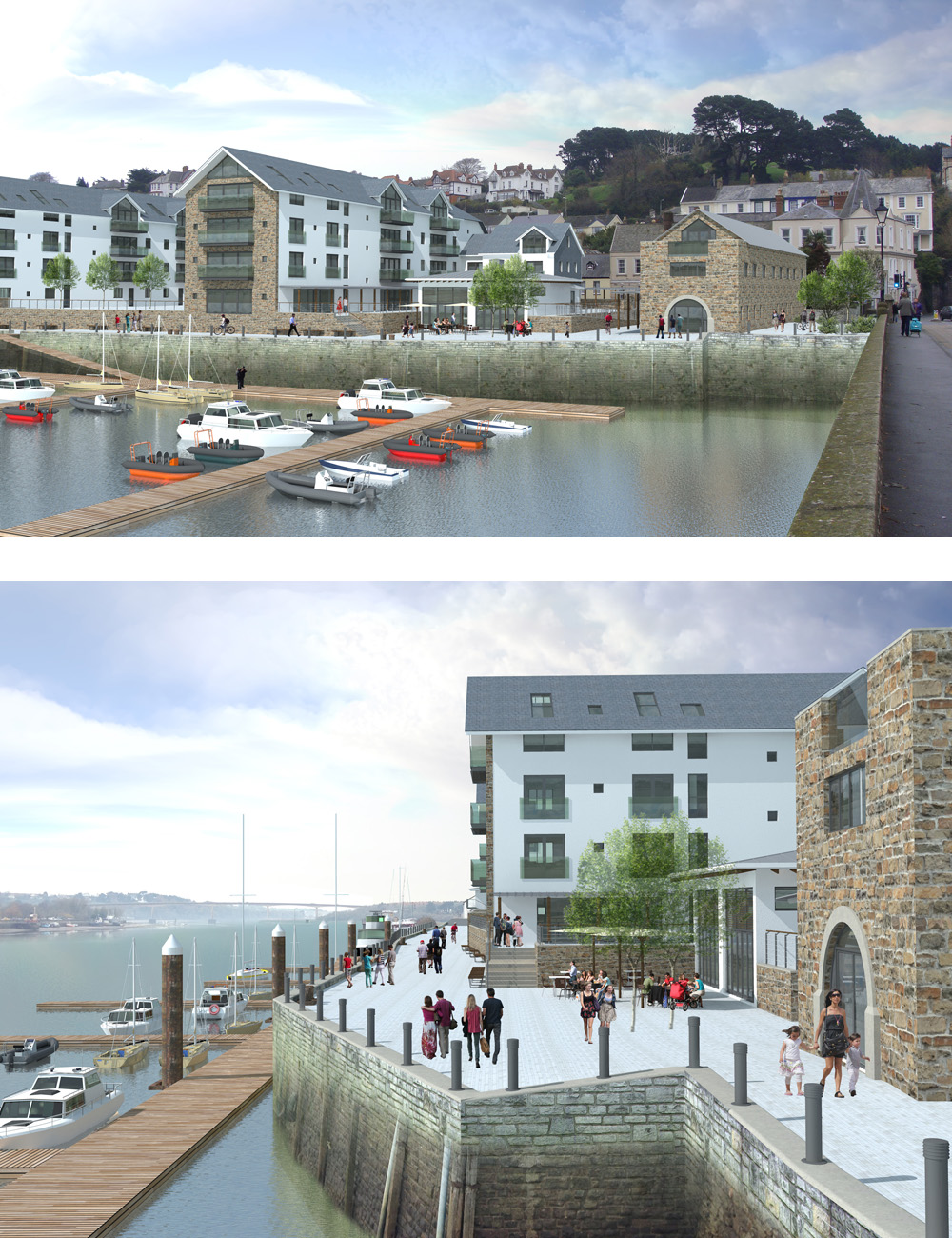